Is the Desktop Dying? 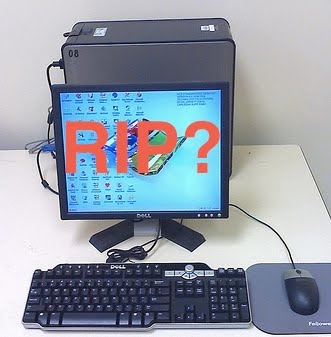 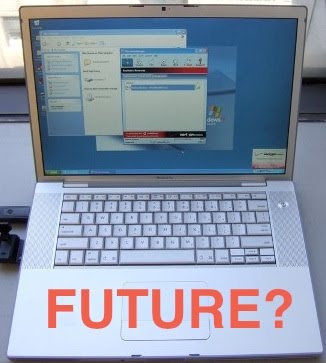 First there were mainframe computers which took up whole rooms to perform rudimentary mathematics. Then came the terminal computer, with a large server box hidden away in a big room with just a screen, keyboard and mouse on the desk. Then came the Personal Computer, with the box now so small it could fit on or under your desk - which came to be known as the desktop PC. Since then PCs have shrunk even more first with portable PCs with tiny CRTs, then there were laptops and now there are netbooks.

The miniaturisation of the computer just keeps going but in recent times a shift has begun in purchasing habits of consumers and companies alike. The desktop is dying it seems, and the laptop is becoming the new king of the hill. Apples sales results for Q3 2009 show a clear drop of 10% for Desktops and a gain of 13% for portables compared to 2008 which illustrates an overall growth but a clear swing away from Desktop PCs.

Apple has been at the forefront of so-called “All-in-one” desktops for quite some time and has arguably the most elegant and compact product in the market in the iMac as well as the more powerful but more expensive MacPro. So far as Apple specifically are concerned is the apparent shift to portables caused by the Apple desktops not being any good or just not as good value as their portable offerings?

From a cost point of view there is no doubt that the entry level iMac with a 21.5” screen, 3.06GHz Intel C2D, 4Gb RAM, 500Gb HDD at $1599 is good value when compared with a similar specification MacBook Pro 13” screen with 2.53GHz Intel C2D, same RAM, half the size HDD for $1999. The iMac screen is about 3 times bigger, CPU is faster with twice the storage space on the hard-drive and is $400 cheaper - so why would anyone want the MacBook Pro?

The answer seems to lie in several areas.

Relative Cost: In 1991 Apple introduced the PowerBook 100 for $2,500 USD. Now due to inflation, mass production and cost reductions through miniaturisation an entry level MacBook can be had for less than half this figure. In short computers have become significantly more affordable. Families who once struggled to afford one computer in the house now have several. It is practically standard practice now that all companies will allocate a computer to every employee. Universities and schools are mandating that students have their own computer as the price points are affordable for the majority of the population in first world countries. The push with students is that the student takes their own portable computer with them whichever class they may be in rather than the school outfitting every desk (which may not always be occupied) with desktop computers.

Upgradability: As costs reduce so do product life expectancies. PCs previously had working lives of 7-10 years but as the pace of PC development far outstripped this it became virtually impossible to run current software on a 10 year old computer. The desktop “tower” computer was more upgradable, but with standards changing so quickly too, lifespans dropped to 2-3 years for computers making the lack of upgradability of laptops no longer a problem and more attractive to companies in particular.

Internet: With the internet more affordable than ever more people are connected by both wireless and wireline and hence need computers to access the wealth of information available. With portable devices taking the internet “with you” wherever you may be is attractive to many people as this gives them flexibility with when and where they can use the internet. Companies too see the benefits with employees often connected by wireless devices to their work emails and servers 24 hours a day with working from home or “tele-commuting” becoming the norm in many workplaces. Wireless connectivity to the internet is not practical using a traditional desktop whereas portable computers can be taken anywhere.

Work/Life Balance: With better internet access and cheaper computers pressures from companies to get more from their employees has driven working hours both in and out of the office to new highs in many western countries. Employers are now rethinking their purchasing strategy for computers - why buy a Desktop PC which can only be used in the office when a portable computer can be taken home and around the world with work possible from anywhere on Earth?

The cost equation now should be considered more like this: a MacBook Pro is portable, has a big enough screen for work on the road (larger screens at home/work can be had by plugging in a good external monitor), the CPU is fast enough for what I need to do my job and/or use at home hence paying an extra $400 for the portability seems like a good investment.

There will always be a place for desktops, however unless major processing power is needed for graphics/video production/editing perhaps the question should be, “Why should the Desktop survive?”