I’ve been enjoying my 2013 Mac Pro immensly and wrote about it here five months ago, with the thought that someday:

Last week I did exactly that. Using the amazing SuperDuper! I cloned my existing Apple SSD (SM0256F) 256GB SSD to a spare 500GB USB 3.0 external SSD I had left over from my recent Raspiblitz SSD upgrade. With that done I acquired a Crucial P1 M.2 2280 NVMe SSD for a good price from UMart for $269 with $28 for the Sintech Adaptor for a total upgrade cost of $297 AUD.

Shutting down and powering off, unlocking the cover and lifting it off reveals the SSD waiting to be upgraded:

Then using a Torx T8 bit, remove the holding screw at the top of the SSD and pulling the SSD ever to slightly towards you then wriggle it side to side, holding it at the top and the SSD should come away. Be warned: the Heatsink makes it heavier than you think, so don’t drop it! The Mac Pro now appears very bare down there: 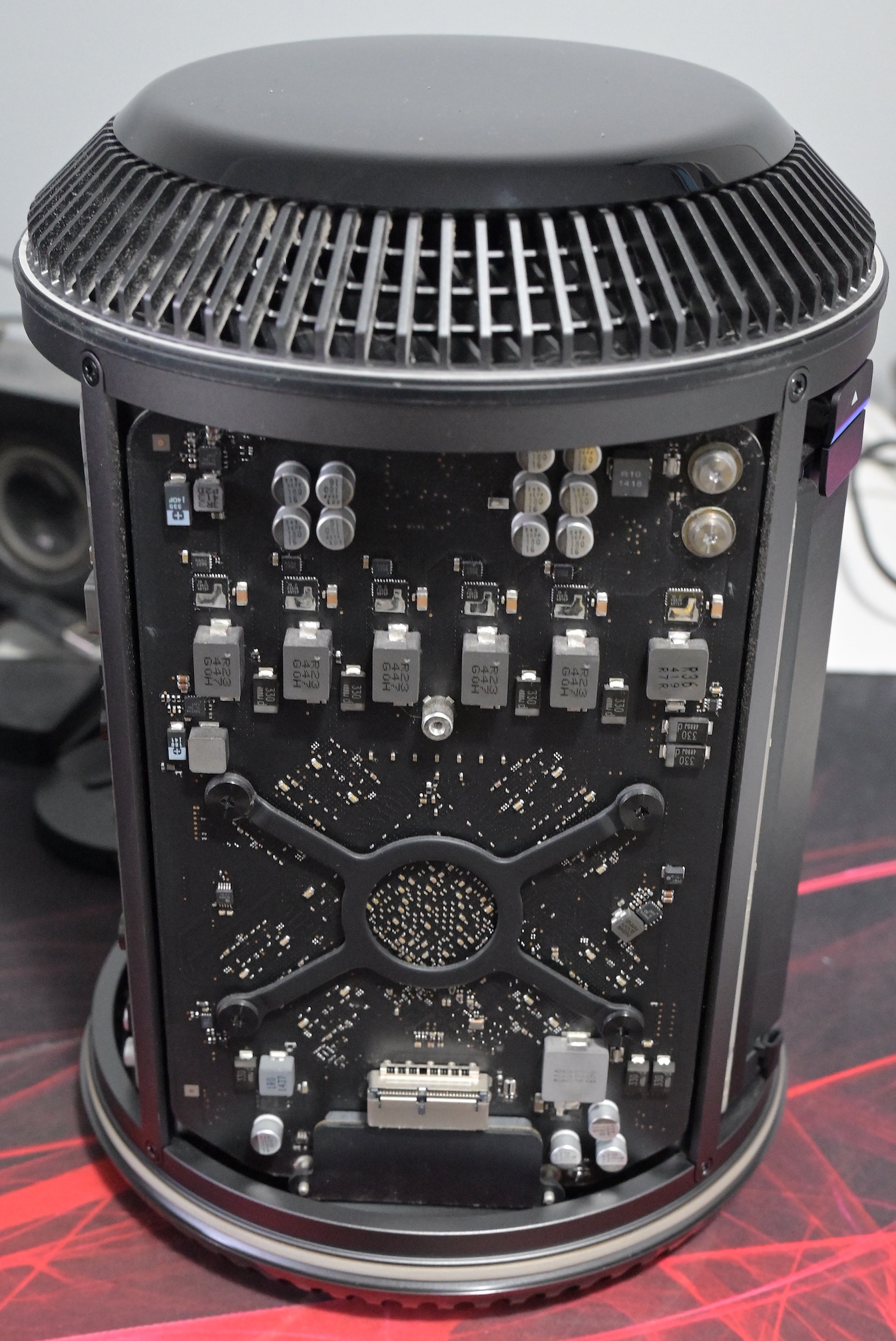 Next we take the Sintech adaptor and gently slide that into the Apple Custom SSD socket, converting the socket to a standard M.2 NVMe slot. Make sure you push it down until it’s fully inserted - the hole should be clearly visible in the top notch. It should fit perfectly flush with that holding screw. 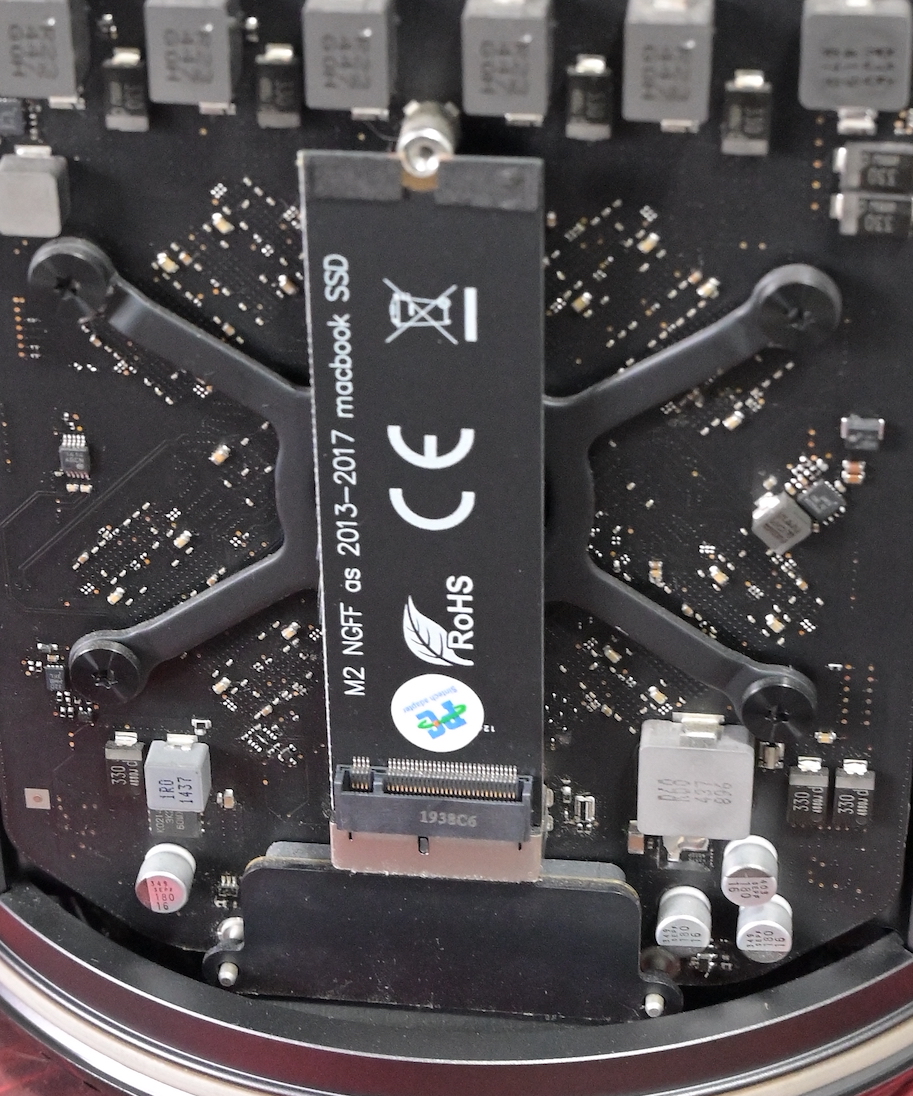 The M.2 NVMe then slots into the Sintech adaptor but it sticks out at an odd angle you can see below. This is normal:

Finally we re-secure the 2TB SSD and Sintech adaptor with the Torx screw and we’re fitted ready to replace the lid. 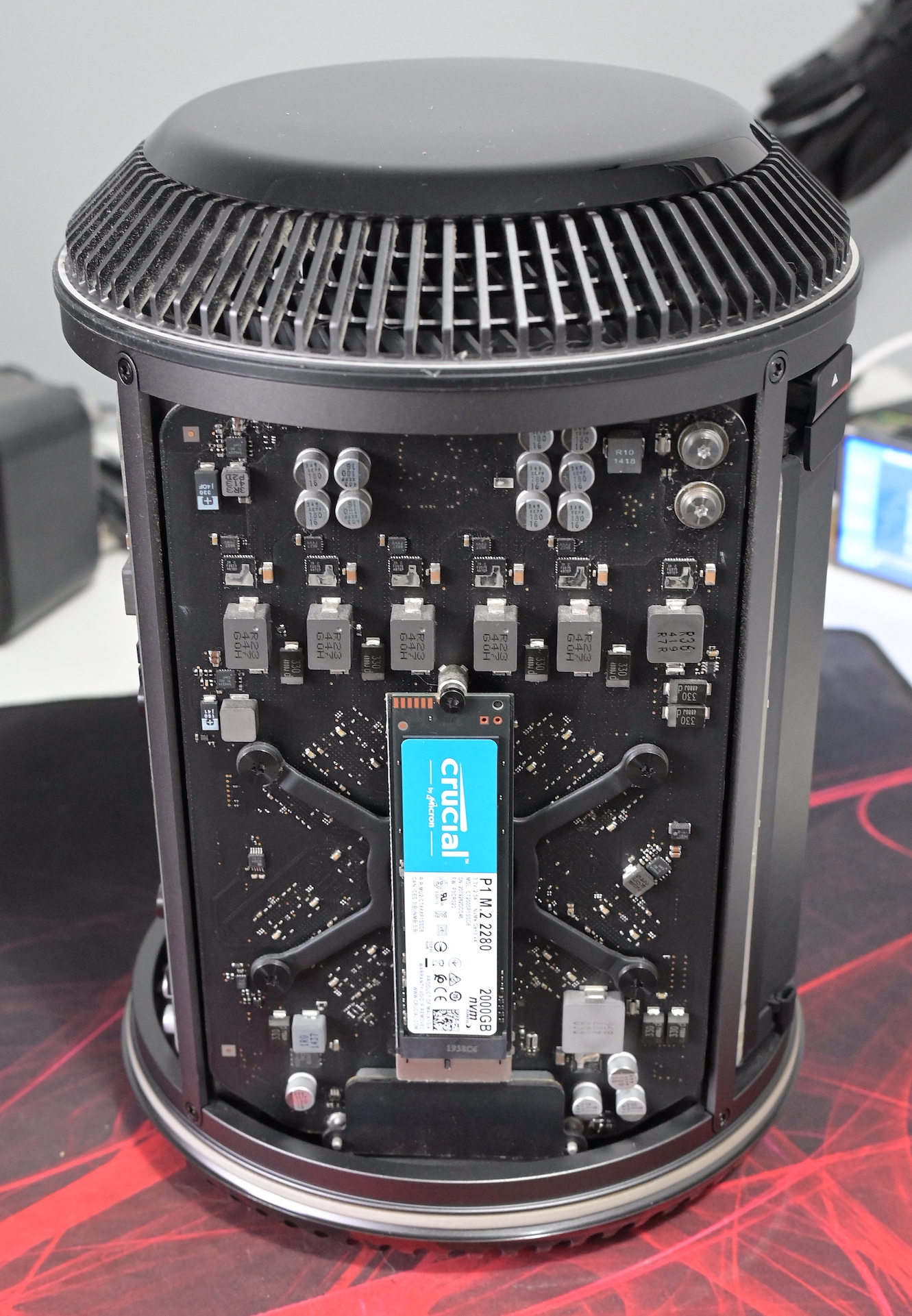 Once we’ve booted back up again I booted to my SuperDuper clone (holding the Option key on boot), then did a fresh install of Monterey. With some basic apps loaded it was time to test, and the results are striking to say the least - beyond the fact I now have 2TB of SSD but the speeds: 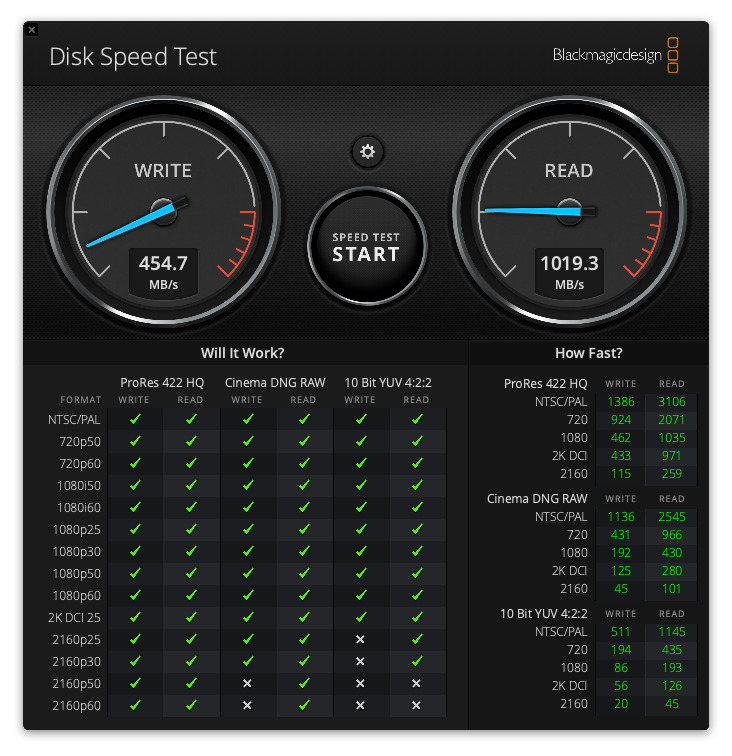 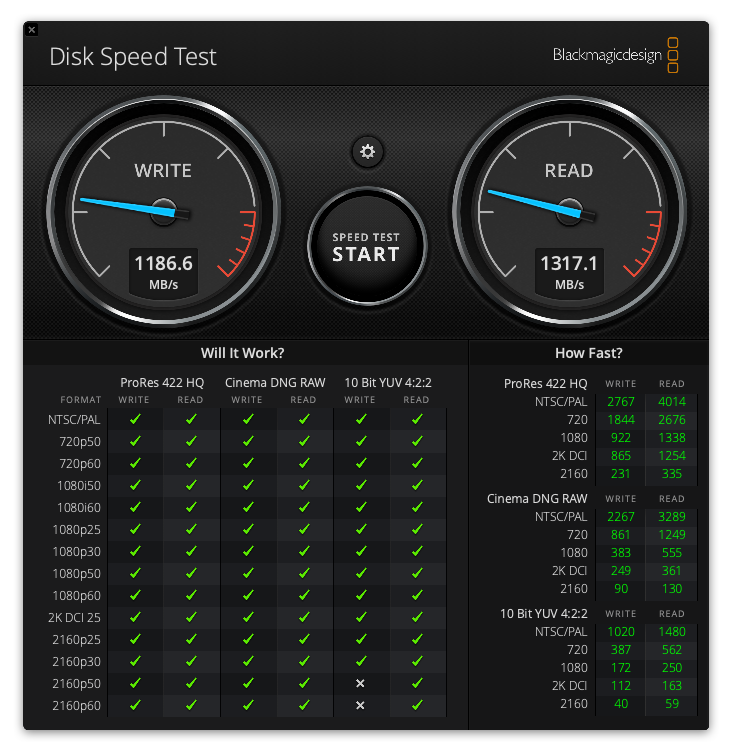 You do notice the improvement in performance in day to day tasks although I think when I retested this compared to five months ago, my 5GB file test was up against about 20GB of spare space on the 256GB SSD at that time, which impacted the write testing as it worked around available blocks on the drive.

A final note about the SSD regarding the heatsink. The Apple SSD heatsink is heavily bonded to the drive and is extremely difficult to remove. There’s no question that the SSD would benefit from fitting a heatsink to it, however the amount of heat dissipation in the NVMe drive relative to the GPUs and CPU is small in comparison. In my testing I couldn’t see a significant temperature change under heavy load, with it rising less than 10 degrees Celcius from Idle to maximum.

In summary it’s an upgrade I’ve long wanted to do as I was getting sick of swapping out larger files to the NAS and a USB drive. Now I have lots of high speed access storage space for editing photos and videos. Now…how’s my memory pressure going…